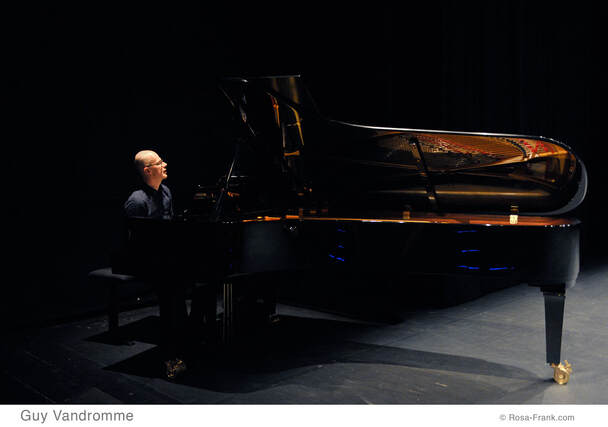 Guy Vandromme is a pianist / conductor performer active within the fields of opera and music theatre, as a soloist, lied-accompanist and conductor. He has been a major driver behind festivals and institutions such as Brugge 2002, European Capital of Europe, deSingel (Antwerp), de Klankfabriek and Klankenstroom. As artistic director of music production house One-Off, Vandromme’s main focus is to open the boundaries of music theatre, collaborating with contemporary artists, and exploring recordings of forgotten music.

One of his first projects with the company was the recording of the work of Herman Van San (Belgian composer and colleague of Iannis Xenakis). He also presented What’s next, the only opera of Eliott Carter; organised the Belgian premiere of Stefan Wolpes opera Die Schöne Geschichte; commissioned one of the major works by Frederic D’Haene’s for gagaku ensemble. His work shed new light on forgotten music includes the first worldwide presentation of Fernand Leger’s 1924 Dadaist film accompanied by pianolas and live pianos playing George Antheil’s score, Ballet Mécanique.

​More recently he is working together very often with Raimund Hoghe, a collaboration that started with the impressive production Le Sacre and continuous today with a new work of Raimund based on La Valse of Maurice Ravel. This year will be edited his first solo recording with Wandelweiser records with music of John Cage.